Silent Stories from the Loch

Silent Stories from the Loch is an emotional journey into the history, the experiences, the lives, loves and hearts of the people who lived in one remote part of the Scottish Highlands close to Loch Ness. On this Virtual Tour, we’ll be sharing over 50 Silent Stories and locations from this, the quieter side of the Loch, as we take you on a very visual tour through this breathtakingly beautiful part of the Highlands. 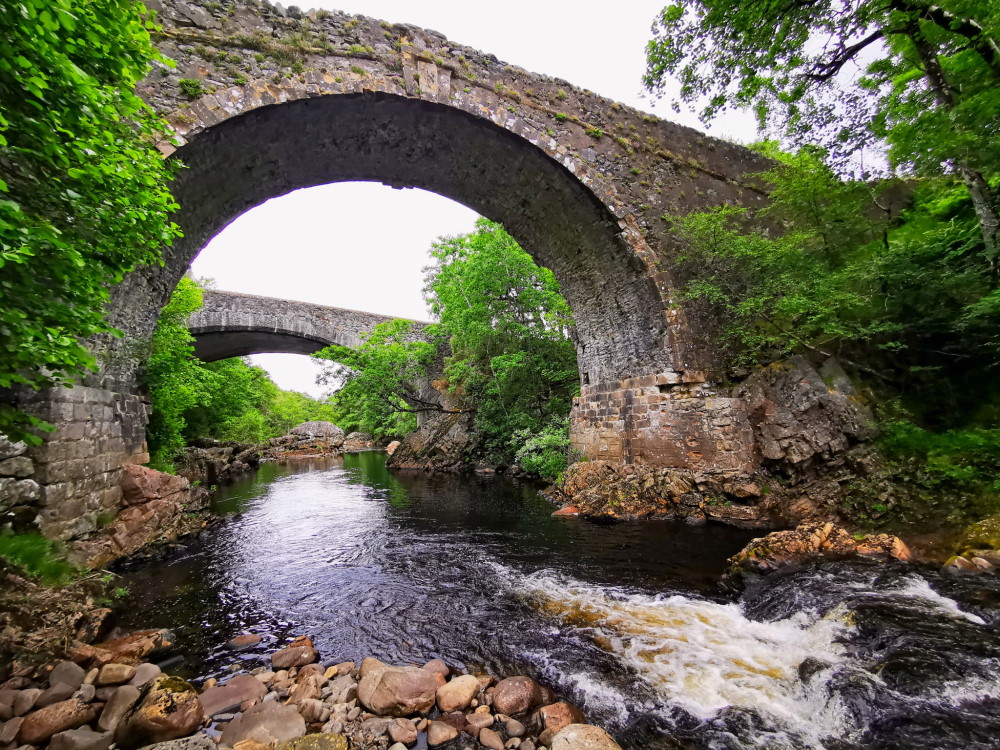 Silent Stories from the Loch is an emotional journey into the history, the experiences, the lives, loves and hearts of the people who lived in one remote part of the Scottish Highlands close to Loch Ness…

While visitors to Inverness tend to frequent the more tourist-orientated side of Loch Ness, visiting wonderful places such as Urquhart Castle, the opposite side of the Loch remains largely silent. Yet that side is breathtakingly beautiful and her moss-covered rocks, craggy mountains and deep, green woods hold an incredible amount of history.

In fact, it is along this side of the Loch that General Wade built his road between Inverness and Fort Augustus, which enabled troops to march from Fort to Fort. This road was there at the time of the Battle of Culloden and is recorded on historic maps. No road was recorded on what is now the busier side of the Loch.

On this Virtual Tour, we’ll be sharing over 50 Silent Stories and locations from this side of the Loch with you, as we take you on a very visual tour through this breathtakingly beautiful part of the Highlands. You’ll walk in the footsteps of those who lived here a long time ago, whose stories have passed down through the generations.

We’ll share the events which unfolded here before and after the Battle of Culloden, some of which will be difficult to share without a tear. You’ll visit the little-known graves of Jacobites who died from their injuries and were buried where they lay after fleeing the battle.

You’ll see the cave of robbers as we recount the grisly stories of those they encountered.

You’ll walk through several remote township remains, and see the foundations of old Inns as we tell you about the events that unfolded there. You’ll visit the moor where ghostly battles have appeared and stand in a haunted hollow which even the hardiest of men claim is haunted. You’ll hear the heart-breaking and heart-warming stories of those who lived in this remarkable part of the Highlands…

You’ll also be visiting one of the most haunted houses in Scotland with an incredible story behind it. Likewise, a graveyard which has a rather startling and unexplainable story dating back to the 1600s.

You’ll see the beauty which inspired Rabbie Burns in 1787, you’ll be in the very spot that Boswell and Johnson wrote about as they travelled this remote road through the Highlands in 1773. You’ll stand where Thomas Pennant stood, as he recorded his incredible journey of ‘A Tour in Scotland’ in 1769. All of these people travelled this remote road in the 1700s, but it is not their stories we will be sharing in the main on this tour. It is the stories of the people who actually lived and died here, whose lives were unfolding as these famous travellers passed through. 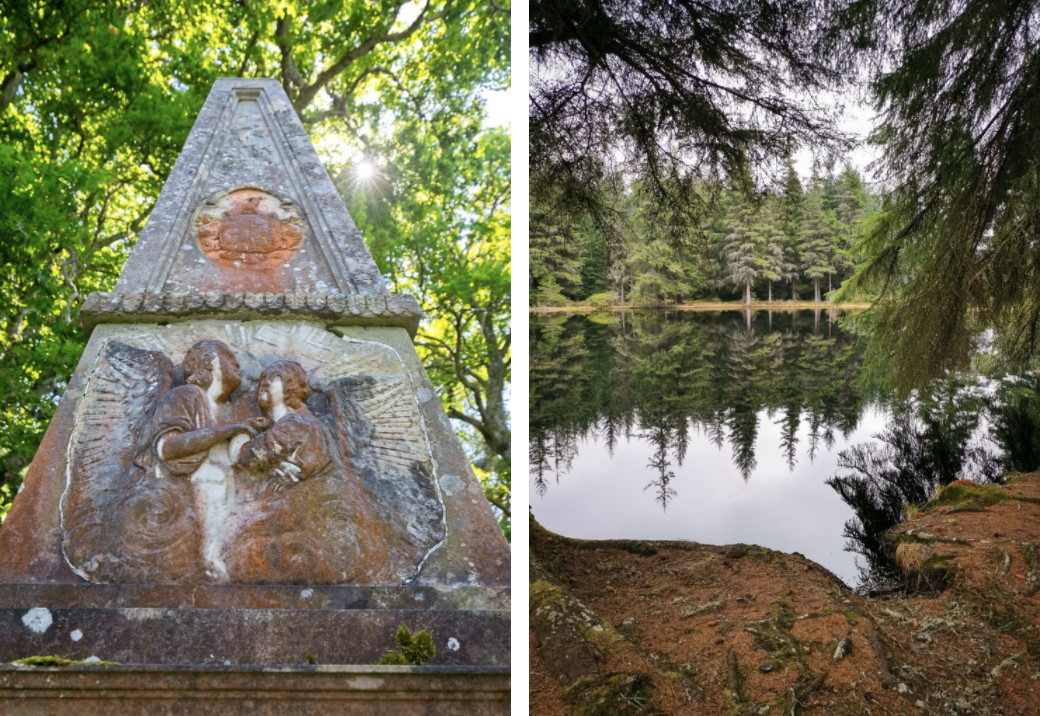 Covered in this Virtual Tour is an area which belonged to the Frasers of Lovat, including James Fraser, also known as Dun Bonnet, who hid in a cave for seven years after his escape from the Battle of Culloden. You’ll stand in the very spot his house once stood and then you’ll visit his cave. You’ll also see the ruins of the township of Balnain and learn about the lives of some of the Frasers who lived there.

The tour itself lasts two hours and is followed with questions and open discussion with both Andy and Di, so please allow up to 2.5 hours.

Your tour guide for this tour is Diane Nicholson. Diane is passionate about Scotland, her history and the people who lived here, especially in the 18th century. Using lots of photographs taken by Andrew, plus other imagery, video and maps, Diane takes you back in time. She paints a picture of what Scotland was like back then compared to now; you get to see and feel both. Many people have commented that “it is like being there”.

You can read more about Diane on our About Us page. You can also read more about Diane, her love of Scotland and her past-life memories here on our other website www.outlanderpastlives.com. Look at the sub-menu options under the main menu ‘Information about past lives’.

This live tour takes place at 16:00 which is 4pm UK time. This will be different times in your local time zone.

You can use the following link to view a Time Zone Map of the world, to get an idea of how your local time zone different from the UK.

The tour itself lasts 2 hours and is followed with questions and open discussion with both Andy and Di, so please allow up to 2.5 hours. It is held in a private Zoom meeting which is hosted live.

The price of ‘Silent Stories from the Loch’ is £17.50 GBP (British Pounds Sterling).

The payment is made in £ GBP but your card will convert this into your local currency based on the exchange rate at the time you buy.

Please note this Virtual Tour was created specifically for those who are unable to visit Scotland this year, so booking is only open to those based outside of the United Kingdom, as places are limited.

Full instructions and assistance are provided Here: FAQs, Guidance and Terms & Conditions for our scheduled live Virtual Tours on Zoom. You will require ALL OF THIS INFORMATION to attend this tour, including: confirming your time zone difference, how access to Zoom works, how and when you’ll receive your link to access the tour and the essential part you’ll play in actually being there. Admission to the Virtual Tour will close once the tour officially begins, and tickets are non-refundable or transferable, so please don’t skip reading our guidelines as you may miss the tour if you do.

BOOK USING THE CALENDAR BELOW. Click on the date that you want (green square, if it is red it is sold out). Then click on the time you want. Then choose the number of places. Then click BOOK NOW and enter your name, e-mail address, the country you live in and your payment details.

Payments are taken securely via Stripe, our secure payment gateway. You can choose to save your payment details which speed up any future purchases, however, we don’t get to see your credit card details. They are stored securely and hidden from being able to be seen.

You can pay by card using a Visa, Mastercard or American Express. Unfortunately, you cannot use other cards such as JCB, Discover or Diners Club for international purchases.

This live virtual tour is delivered via a private Zoom meeting. You do not need a Zoom account, but it is best to set one up and to use the Zoom app on your computer or smart device (phone or tablet).

For the best results use a large screen, so a computer or cast to a smart TV. It is also best to use a wired connection unless you are sure your wifi is sufficient to stream high-quality video.

This tour takes place at 4pm (16:00) UK/Scottish Time (the UK is all one time zone, also known as GMT or Greenwich Mean Time).

Note: You may see the time shown as UTC (aka Coordinated Universal Time) e.g. on Facebook events; this is a standard worldwide time. UK time is the same as UTC in the winter, but is UTC+1 in summertime (when the clocks have been put forward one hour). To be sure what time this event starts in your local time zone you are best to use the link below in the next section.

Convert To Your Local Time Zone

Select the date that the live tour is running (shown in green on the calendar below) by clicking on the date. Then click on the time. Select the number of tickets you require then click on Book Now.

Check your order details (e.g. tour and date/time are correct), then enter your details and payment card details. See the Booking Instructions tab above for more help.

Trading as Virtual Tours of Scotland.

FAQs, Guidance & Terms and Conditions for our scheduled live Virtual Tours on Zoom

This website uses cookies to improve your experience while you navigate through the website. Out of these, the cookies that are categorized as necessary are stored on your browser as they are essential for the working of basic functionalities of the website. We also use third-party cookies that help us analyze and understand how you use this website. These cookies will be stored in your browser only with your consent. You also have the option to opt-out of these cookies. But opting out of some of these cookies may affect your browsing experience.
Necessary Siempre activado

Performance cookies are used to understand and analyze the key performance indexes of the website which helps in delivering a better user experience for the visitors.

Analytical cookies are used to understand how visitors interact with the website. These cookies help provide information on metrics the number of visitors, bounce rate, traffic source, etc.

Advertisement cookies are used to provide visitors with relevant ads and marketing campaigns. These cookies track visitors across websites and collect information to provide customized ads.

Other uncategorized cookies are those that are being analyzed and have not been classified into a category as yet.